debussycat has a new CAT rating system for concert reviews! Look out for it in our upcoming reviews… 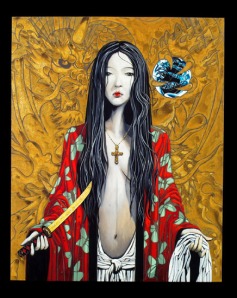 When he first penned this famous oriental drama, Puccini had not so much as set foot in Japan. The opera he wrote is the product of his extensive research and personal preconceptions, no doubt influenced by the fad-like Japonisme that swept through the European art world in the latter half of the 19th century.

Needless to say, Madama Butterfly has never been a hit in Japan, but there’s no doubt Pucinni’s larger-than-life stereotyped characters complement the exaggerated emotions of the opera tragedy.  Indeed, very few opera composers are able to match themes and dramatic scenarios to such emotive effect. Puccini is, after all, the same composer who brought you the likes of “Nessun dorma” and “O mio babbino caro”.

When it was first performed at the famous La Scala opera theatre, in 1904, Madama Butterfly was a flop. The audience booed and jeered, and Pucinni, crestfallen, wasted no time in making some significant structural changes. The amended work was very well received, and has been a much loved opera ever since.

Madama Butterfly is the story of a 15 year old Japanese geisha who marries the feckless and significantly older Mr. Pinkerton, an American navy officer in want of, well basically, a nice pad in Japan and a pretty young thing to shack up with. An all in one marriage-broker and real estate agent brings Mr. Pinkerton and Madama Butterfly together. Little Butterfly’s new husband is the centre of her world, but for him she is nothing more than an exotic time-passer; a mere conquest. Mr. Pinkerton ultimately leaves Butterfly an impoverished, single, teenage mum, and yet she waits faithfully for three years, scanning the shores for his ship and insisting that he would return.  He does return, but with a new American bride. As if that wasn’t enough, the callous Mr Pinkerton now wants to take the son borne from their sham marriage back to America. Distraught, Butterfly takes her own life, committing “harakiri”.

Tragic, perverse, unconscionable… but based on a true story. Thankfully, the geisha girl Tsuru Yamamura (wife of Thomas Blake Glover) was unsuccessful in her attempt to take her own life.

Brilliant soprano Antoinette Halloran, winner of the Australian Puccini Foundation Award in 2003, captured the simple innocence of Cio Cio San, nicknamed  “Butterfly” for her youthful grace and charm.  I really did believe that Halloran was the guileless Japanese teenager twirling between metres and metres of pure white fabric. In this notoriously difficult role Halloran displayed scintillating clarity and power. Encompassing the full spectrum of emotion and human experience: joy, love, sorrow, delight, self-sacrifice, her performance held the audience rapt from beginning to end.  Halloran certainly rose to the herculean task of potraying Pucinni’s most beloved geisha heroine, whom he seldom permits to leave the stage of Madama Butterfly.  The celebrated soprano delivered an unwaveringly consistent and powerful performance.

As for the stageset, it was simple and charmingly Japanese. The singers reached the main stage by crossing bridges that passed over a square mote of sparkling water. Japanese characters donned spectacular and elaborate costumes, lending splashes of vivid colour to a  minimalist set.

Opera Australia’s Madama Butterfly offers a heady and exciting mix of grand Italian opera, fatal drama and alluring Japonisme, topped off with a sumptuous and seductive stagecraft.  I thoroughly enjoyed it.